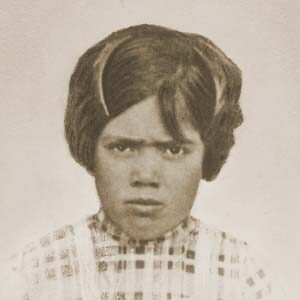 Lucia de Santos was born March 22, 1907 in Aljustrel, Portugal, in the town of Fatima, and baptized on March 30. Her parents were Anotnio and Maria Rosa dos Santos. Lucia was the youngest of seven children and the favorite in the family. Maria Rosa taught her children in an exemplary Christian spirit.

At the age of nine, she was sent to shepherd the sheep with her cousins Francisco and Jacinta Marto. It was then that they received the visit of the Virgin in the Cova de Iria. She had a special role during the apparitions. Our Lady only spoke to her and gave her a message to be revealed at a future date.

She entered the Sisters of St. Dorothy in 1921, at the age of 14, in Porto, where she received an excellent moral and religious formation. Sent to Tui, Spain, she received the Habit and the name Maria Lucia of Dolors and made her Perpetual Vows in 1934. In 1948, she entered the Carmel of Saint Teresa, in Coimbra, Portugal and took the name Sister Maria Lucia of the Immaculate Heart.

In both cities, she had visits from Jesus and Mary. She received the Promises of the First Saturday Devotions, the vision of the Blessed Trinity and the petition to consecrate Russia.

During all these years, Sister Lucia visited Fatima various times, being the last one for the beatification of her cousins Francisco and Jacinta. Sister Lucia left to us her beautiful memories “Fatima in Lucia’s own words” which are edited in many different languages. She also wrote a book entitled “Calls from the Message of Fatima.” Sister Lucia died on February 13, 2005, at the age of 97, in her Carmelite Convent in Coimbra. 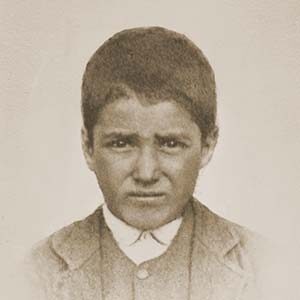 Francisco Marto was born on June 11, 1908. He was the sixth of seven children of Manual and Olimpia Marto. He was Jacinta’s older brother and cousin of Lucia de Santos. Fun and loving, yet kind and gentle, so much that he would not complain when treated unfairly.

Francisco was nine years old, when Our Lady appeared to the children. During the apparitions, Francisco was permitted to see Our Lady and feel her presence, yet he was not permitted to hear the words of which She spoke. After the first apparition, Lucia expressed the Lady’s message to him that he would go to heaven if he prayed many Rosaries. In the second apparition, Lucia asked to be taken to heaven, and the Lady replied that Francisco and Jacinta would be taken soon, but Lucia would have to wait for a time.

He fell gravely ill in October 1918. In the course of his illness, he continued to offer constant sacrifices to console Jesus offended by so many sins. His family tried to assure him, that he would survive his sickness and he replied “It is useless. Our Lady wants me with Her in Heaven.”

On one visit by Lucia, He told her “Only a little time remains for me before going to Heaven. There above, I am going to console Our Lord and Our Lady a great deal; Jacinta will pray a great deal for sinners, the Holy Father, and for you. You are going to stay here because Our Lady wishes it. Listen, do everything She tells you.”

In the evening on April 4, 1919, he died peacefully without the appearance of any agony. 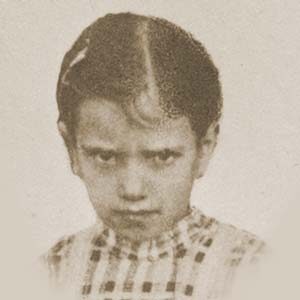 Jacinta Marto is Francisco’s sister. She was born two years after her brother on March 11, 1910. Energetic, she charmed all who knew her and had a natural grace of movement. She had a deep love for Our Lord. It is said that at the age of five, she swelled in tears on hearing the account of His Passion, vowing that she would never sin or offend Him anymore.

She spent her days playing and helping her brother and cousin shepherd the sheep. She called the sun “Our Lady’s lamp” and the stars “the Angels’ lanterns.” Jacinta was seven years old when Our Lady appeared to the children. Lucia had sworn her and Francisco to secrecy; not to talk about the “Beautiful Lady.” Jacinta, let it slip, for she was talkative to a fault at times.

Jacinta was so contrite, she promised never to reveal another secret. Her reluctance to reveal anything more of their experiences was increased by the vision of hell given the children in the third apparition seems to have affected Jacinta the most.

To rescue sinners from hell, she was in the forefront of the three in voluntary mortifications, whether it was in giving up their lunches (sometimes to their sheep), refusing to drink in the heat of the day, or wearing a knotted rope around their waists. Involuntary penances included for her, as for her brother and cousin, the constant mockery of unbelievers, badgering by skeptical clergy, and wheedling by believers to reveal the Lady’s secret.

When she came down with influenza, she was removed from her family to a hospital a few miles away. She did not complain, because the Blessed Mother had forewarned her that she would go to two hospitals, not to be cured, but to suffer for the love of God and reparation for sinners. She stayed in the first hospital for two months, undergoing painful treatments, and then returned home.